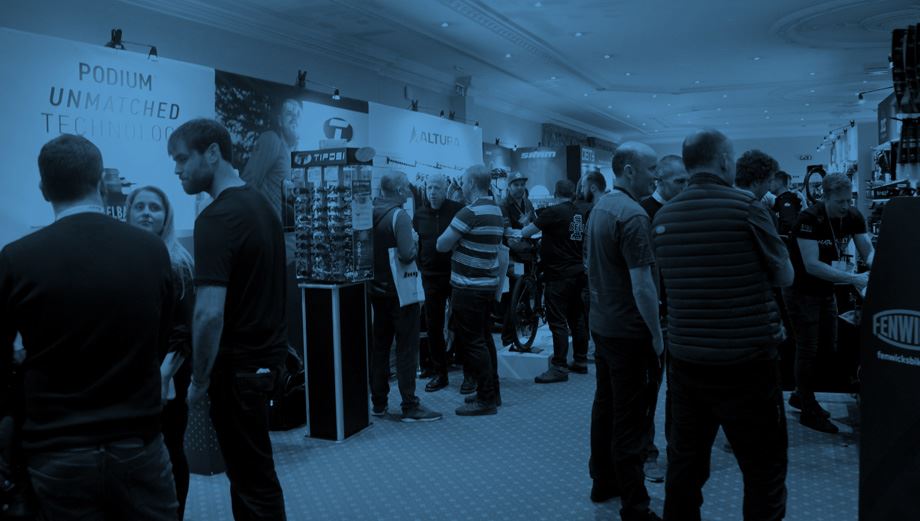 ZyroFisher were once again proud to attend a successful edition of the COREbike show. COREbike gives us the opportunity to not only display a whole host of kit, components and accessories but also to spend invaluable time with many of our retailers.

COREbike is one of the UK's biggest trade shows giving the opportunity to over 250 brands to showcase 1,000s of products to bike retailers and the cycling media alike. We had key brands such as TACX, Giro, Bell CamelBak and Santini on show, along with showcasing Argon 18, EVOC,DEITY and Niterider for the first time under the ZyroFisher banner. Also launched at the show was our CamelBak custom bottle program

A long awaited product launch was the new Tacx Neo Bike Smart, which sees the technology from the standard Neo Smart transformed into a set-up much more similar to your bike. With the same 1% accuracy as the smart trainer, just now with a set-up that doesn't involve fitting your own bike to a turbo. There is also the option of fitting your own saddle and handlebars for a more familiar feeling too.

First time at COREbike under the ZyroFisher umbrella, we had a wide range of the latest Argon 18 bikes on display, including their new Notio Konect system. Notio allows riders to capture their real aero data while out on the bike, in order to boost performance and enjoyment. More details on the Notio system will be released soon.

Other first time brands, saw us launch DEITY components in the UK, which was one of our most popular stands. We also showcased the EVOC 2019 collection and let retailers get hands on with Niterider lights.

Other key products on show included, Giro Aether helmet, the LOOK 795 Blade, the Bell Z20 Aero and the latest 12 speed group set from Campagnolo to mention just a few!

As ever, a firm favorite in the ZyroFisher room was the SRAM coffee station, keeping visitors and exhibitors alike fueled over the three days. With over £325 raised in donations, ZyroFisher are delighted to match fund this which sees a total donation to World Bicycle Relief of over £650! Equating to at least 6 Buffalo bikes!